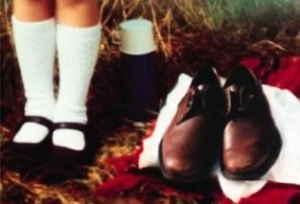 Every so often you have a book stop you in your tracks. So it was with ‘The Time Traveler’s Wife’ by Audrey Niffenegger. Julie and I (and yet-to-be-out Bella) were working in Baja, Hungary with Randy and Tami from the Sozo Festival. We were helping with a leadership program for some Eastern European teens, and the summer was wearing on. The novelty of living in Baja was wearing thin, and the daily chores of keeping everything clean and everyone fed had us looking for an escape.

‘The Time Traveler’s Wife’ hit me like the first splash of cool pool water on a hot day. I think I read in within 40 hours, and its mix of mystery, sci-fi, adventure and love (and loss) really connected with me, plus it whisked me nicely away from our pedestrian tasks, unairconditioned apartment and unintelligible neighbors.

I don’t want to give much of anything away about the book, but for those of you who have read it, I’d like to give you the impetus of the song lyric. A few months after we got back to the states, I was sitting in the living room of our old condo in Hillsboro Village one Saturday morning, playing around with a chord progression from one of my favorite guitar studies (by Cuban composer Leo Brouwer), when the ideas from the book began to creep into my thoughts.

Henry’s ability to travel through time is really just a genetic freak. He has a ‘chrono-displacement’ gene that causes him to involuntarily pop in and out of time. That inspired the first lines of the song – ‘It’s just one of those things / You get used to it, like / seizures or color-blindness.’ His travels are random, but largely involve him visiting people and places that are important to him, primarily his wife at her childhood home, so he’s able to piece together a patchwork narrative of the events of their life together – ‘Just what the future brings / is still a mystery, but / some things begin to show more clear.’

There’s a scene toward the end of the book (if you can’t stand spoilers of any kind, skip to the next paragraph!) where Claire, the wife of time traveler Henry, waits at her home for him to show up. Claire’s an old woman now, and she knows that Henry will pay her one last visit before she’s gone, and the song idea came from this delicious moment of hope and expectation before she actually sees him. I thought about this bittersweet scene, how she’s known she will briefly see him this one last time (he told her many years before that he visits her when she’s much older), and has, for many years now, held on to this last goodbye. She has been waiting for him, waiting all these years.

The book switches narration each chapter between Henry (the time traveler) and Claire (his wife). We figured the song could mirror that “he said/she said” feel as a duet, and after a few changes with who would sing what, we came up with the final version of the song. I’d love to hear from anyone who’s recently read the book as to how well the song captures the mood and tone of the book (or not).

Thanks for tuning in.

Just what the future brings
is still a mystery, though
some things begin to show more clear

You think it’s destiny
well, I dunno, maybe that’s
just the way you feel when you’re in love

2 Responses to “The Time Traveler’s Wife”